An introduction to the 4 Functions of Directorship

We can search any question yet neither the speed of access to a seemingly exhaustive number of answers has led to a corresponding improvement in the performance and success of boards. Why not?

We live in the age of Google Governance – an immense fog of ideas and processes as high as it is wide.

Everything appears to compete with everything else for the attention of the board; that is, until some aspect of Corporate Governance is elevated to prominence by an external or existential crisis.  These “fashion statements” are all too often grey shades of uninspiring compliance, obscuring the Company’s bountiful performance horizon from the board’s line of sight.

Indeed, if the purpose of Directorship is to see the objectives of the Company realised, the knowledge of Corporate Governance must systematically be corralled into the useful service of the board.

The 4 Functions of Directorship.

The Greek philosopher and biologist Aristotle was one of the first to recognise the importance of classifying things.  His idea was to arrange organisms according to their structural similarities. In doing so, he created the great chain of being which grouped organisms according to a common feature called an essence.

Based on our work with boards, we have identified that directors are engaged in four broad generic activities: 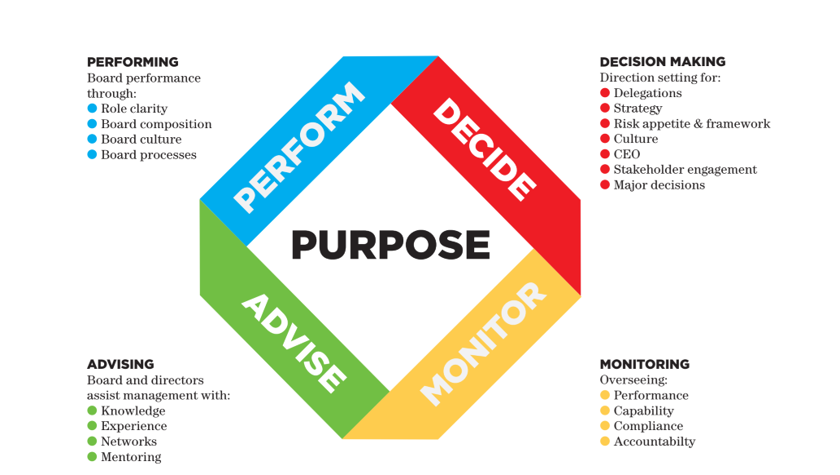 In order to make sense of all that directors know, are told and will be told, the next step is to begin the process of classifying or grouping all the ideas, processes and mechanism into their matching function.

To do this we use a principle of functional equivalence, that is, to group the ideas, processes and mechanisms of Corporate Governance into the function best describing its dominant nature, essence or output.  This is a subjective principle and is open to debate.

Figure 2, though by no means exhaustive, forms a rudimentary order to the knowledge of Corporate Governance.  By grouping the individual elements of corporate governance by their functional characteristics it becomes possible to recognise patterns and distinguish differences that are hidden amongst all the individual elements that go into practising Directorship.

Whilst these questions are helpful, there are more profound insights to come from using the 4 Functions of Directorship.  In particular, our analysis can be used to discover some secrets of high performance directors and boards. 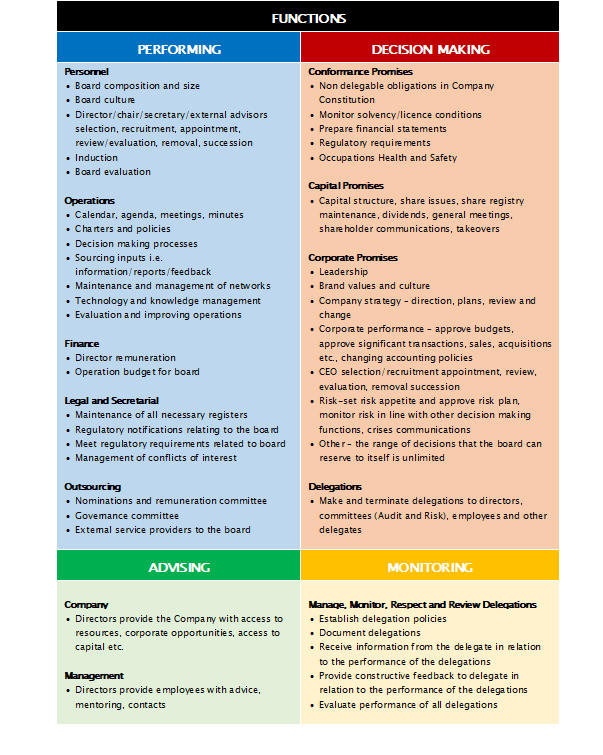 Figure 2 – Corporate Governance divided into the 4 Functions of Directorship

A Team Approach to Directorship

Most directors would have few problems with the notion that Directorship is practised by a team.  They may however be surprised to discover that they are not the only ones on the team.

Corporate Governance has suffered from a form of tunnel vision, only seeing the directors and the board.  We suspect the cause of this to be found in debates that isolated directors behind the line defining their role and purpose from that of management.  Whatever the cause, the focus of Corporate Governance is almost exclusively on the board and the roles and behaviour of the directors.

But directors are not alone behind the line.  Using the 4 Functions of Directorship as a framework, we identify that others, and in particular the CEO and management, have a significant role to play in Directorship.

Put simply, each Function of Directorship naturally involves a different team of people with unique roles, knowledge, skills and behaviours.

These teams will from time to time include the CEO, management, external advisors and other individuals who all work in Directorship on a part time basis.  They are not directors and have full time jobs outside Directorship, but depending on the function performed they come together with the directors to form the Directorship Team for that function.

Using the relationship between the board and the CEO as an example, we have identified the natural role for each given the essence of the function: 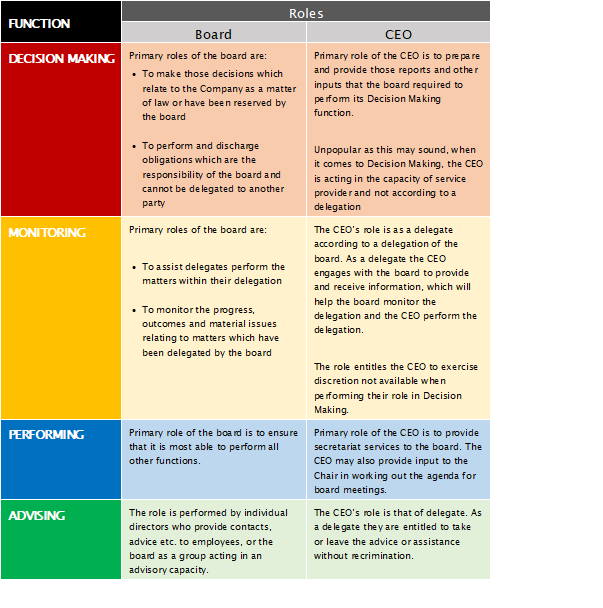 Figure 3 – Roles within the 4 Functions of Directorship

Notice the constant changes in role depending on function.  Traditionally, the relationship between the board and management was not seen as dynamic.  For example, the management role in reporting tended to focus on the type, frequency and quality of information supplied to the board.  Ignored in this analysis is that the information provided and, critically, how it is received and analysed needs to change depending on the function being performed.

High performance boards and directors intuitively approach Directorship as a team that includes others.  They ensure each member of the team understands that nature of the role that they must perform and how this role changes as the board cycles through its different functions.

Consequently, these boards and directors create and check the alignment between themselves – those who support them and the function which needs to be performed.  Alignment ensures that everyone on the Directorship Team is pulling in the same direction.

A Behavioural Approach to Directorship

There is broad agreement that the behaviour of the board is fundamental to successful Directorship.  However, the emphasis has been on behavioural type that is, the notion that some personal characteristics are better than others when it comes to Directorship.

However, there is a danger to this.  Arguably, as the board moves between functions different behaviours are needed.  The person who always asks the tough questions may be great in Decision Making but unable to show the restraint needed when engaged in  Monitoringor .Advising

A simple test is for directors to ask themselves whether they or management change the way they behave towards the other depending on the task at hand.  If you do not you may only be in line and in step with your role and responsibility as a director for a quarter of the time. If the board and management do not, they may only be aligned one-sixteenth of the time or worse still, never.

Based on the dominant nature, essence or output of a function we have inferred the board behaviours that we consider to be the most appropriate, complimentary or healthy given that function: 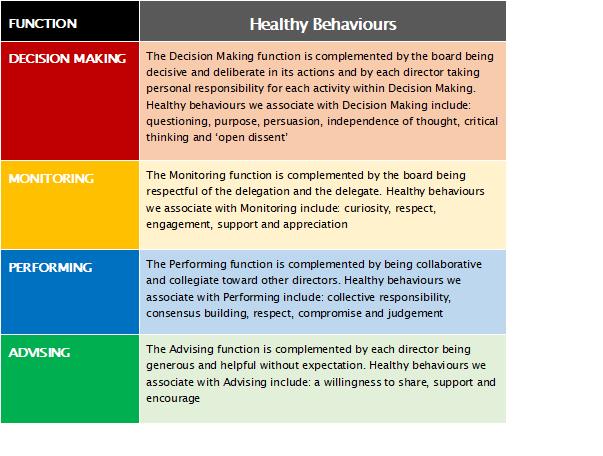 Figure 4 –Board Behaviour and the 4 Functions of Directorship

Again, high performance boards and in particular Chairs, are intuitively aware of the need to align the behaviour of the board and individual Directors with the function being performed.

For example, a director of a finance company exhibited very effective decision making behaviours; critical questioning, clear and strong demands of management for information; courage and conviction in pursuing a line of argument.  Yet, in his Director Performance Assessment management rated him very poorly, seeing him as overly critical and micro managing them. It became apparent that he did not shift from the decisive behaviour of the Decision Making function to a more supportive and inquiring behaviour in the Monitoring function.  He worked hard on this feedback and two years later in the next performance assessment he was regarded by management as one of the star performers of the board.

The same analysis can be extended to the Directorship Team as a whole.  Using the 4 Functions of Directorship, we discover that the behaviour between the board and management must also constantly change to ensure that both are aligned to the function being performed.

Given how little attention has been paid to the nature of the relationship between the board and management, it is no surprise that both directors and Managers tend to behave as if there were only one function being performed – and not necessarily the same function.  As a result directors tend to behave as if they are continually making decisions and managers as if they are continually being supervised. No wonder, the relationship is often described as adversarial and strained.

The 4 Functions of Directorship provides a way to see behaviour in a fresh light.  Whist the right behavioural types no doubt contribute to board performance, there is also the possibility of further enhancing performance by ensuring that each member of the Directorship Team behaves appropriately.  After all, you may not be able to change your behavioural type, but once it is pointed out, we are confident that you can change the type of behaviour.

Aristotle’s first taxonomy was an important step in the progress of biology.  It marked the beginning of a shared understanding of the relationship of more than 1.5 million species of animal. 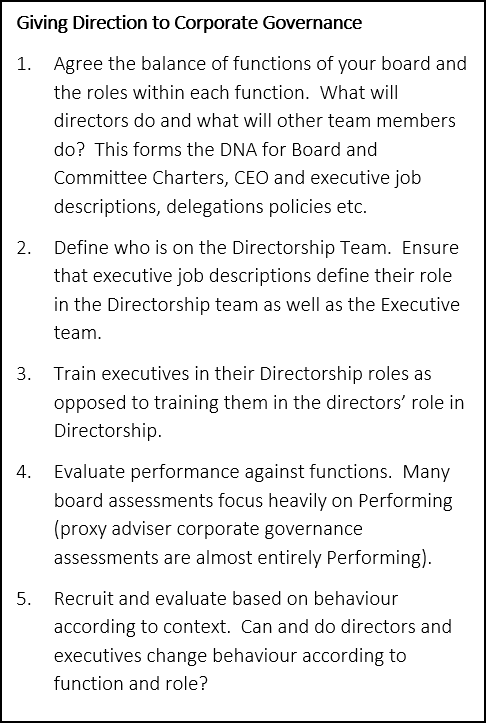 Similarly to Aristotle’s ideas, the 4 Functions of Directorship will no doubt be overtaken by another scheme of classification.  In the meantime, we hope the ideas presented in this paper are a useful and practical way for directors to make a little more sense of what they have always known but may not have had the concepts to describe.

Thoughtpost is a specialist firm.
Corporate Governance is all we do.

This website uses cookies to improve your experience while you navigate through the website. Out of these cookies, the cookies that are categorized as necessary are stored on your browser as they are essential for the working of basic functionalities of the website. We also use third-party cookies that help us analyze and understand how you use this website. These cookies will be stored in your browser only with your consent. You also have the option to opt-out of these cookies. But opting out of some of these cookies may have an effect on your browsing experience.
Necessary Always Enabled
Necessary cookies are absolutely essential for the website to function properly. This category only includes cookies that ensures basic functionalities and security features of the website. These cookies do not store any personal information.
Non-necessary
Any cookies that may not be particularly necessary for the website to function and is used specifically to collect user personal data via analytics, ads, other embedded contents are termed as non-necessary cookies. It is mandatory to procure user consent prior to running these cookies on your website.
SAVE & ACCEPT
Scroll to Top